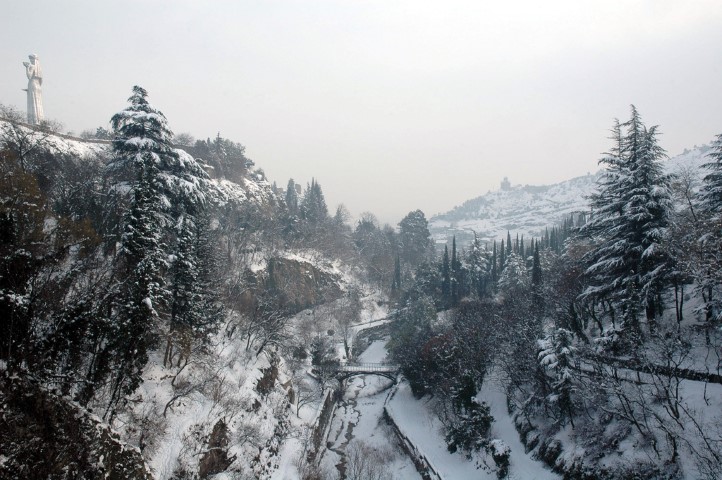 Georgia's climate is affected by subtropical influences from the west and Mediterranean influences from the east. The Greater Caucasus range moderates local climate by serving as a barrier against cold air from the north. The relatively small territory covers different climatic zones, which are determined by distance from the Black Sea and by altitude. The climatic zones are ranging from humid subtropical to the eternal snow and glaciers. Georgia is divided into two different climatic regions: west part - humid, warm and east –moderately warm, continental climate. 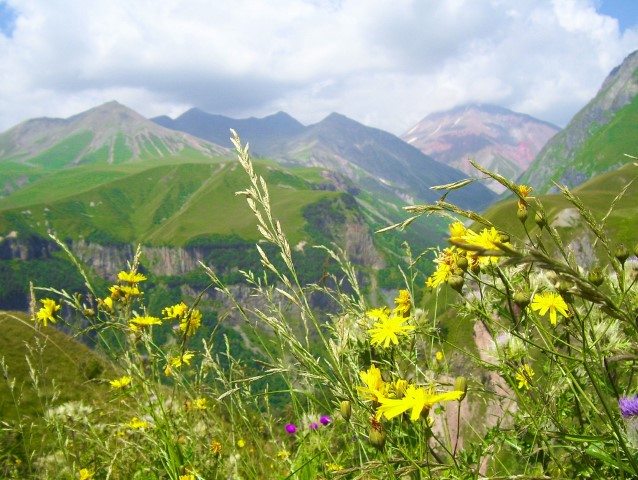 Western Georgia
Along the Black Sea coast, from Abkhazia to the Turkish border, and in the region known as the Kolkhida Lowlands inland from the coast, the dominant subtropical climate features high humidity and heavy precipitation. Several varieties of palm treet grow there. Midwinter average temperature here is 5C and the midsummer average is 22C.

Eastern Georgia
The plains of eastern Georgia are shielded from the influence of the Black Sea by mountains of Likhi that provide a more continental climate. Average temperature in Summer here is 20-24C, in winter 2-4C. Humidity is lower.Alpine and highland regions in the east and west, as well as semiarid region on the Iori Plateau to the southeast have distinct microclimates. Alpine conditions start at 2,100 meters and above 3,600 meters year-round snow and ice is present. 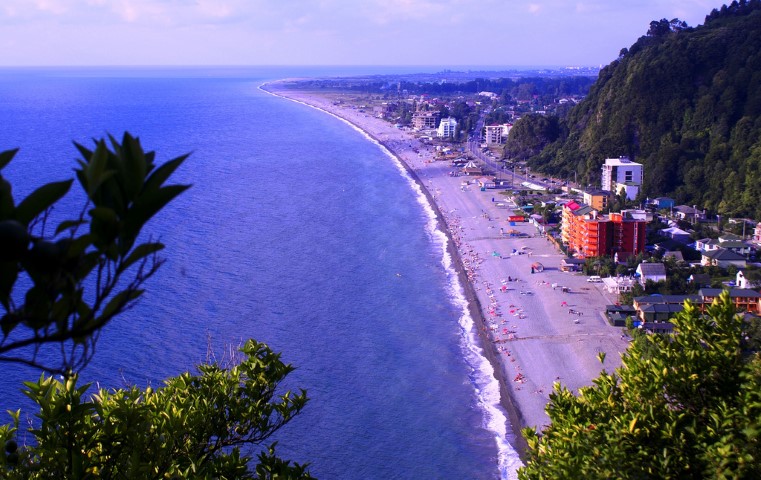 In general, the best time to visit is from mid April through October, when days are warm or hot. Tbilisi can be very hot in July and August. Evenings tend to be cool, even in the summer. The climate varies considerably from east to west; in the eastern mountains, the weather is dryer and more extreme. The western part of Georgia, near the Black Sea, has a more moderate climate. No matter when you go, be sure to take along a sweater for the cool evenings.

The Black Sea coast and Kolkheti lowland is the warmest of all. Here the average annual temperature of the air reaches 15°.

The highest average monthly temperature of the air -24°, 25° is noticed in the east lowland districts of Georgia.

The period without a freezing on the Black Sea coast is continued more than 300 days and from sea level on 200 m - till about 120 days.

In whole Georgia there frequently blows dry warm wind, so-called phion. During these winds moisture in some places falls till 10-15 %, which negatively influences agricultural plants. In Georgia the most humid air is in coastal districts, where it reaches 85-95 %.