The poem is from the Georgian folk tradition and is on the subject of time as the great healer. It was recorded in the mountainous region of Pshavi in eastern Georgia in 1956. The informant was 76 year old Ivane Gorzamauli who reported having sung it the day he buried his son. Note that the phrase 'რა ვქნა' in the original (approximately 'what am I to do?') is translated here as 'despair'. 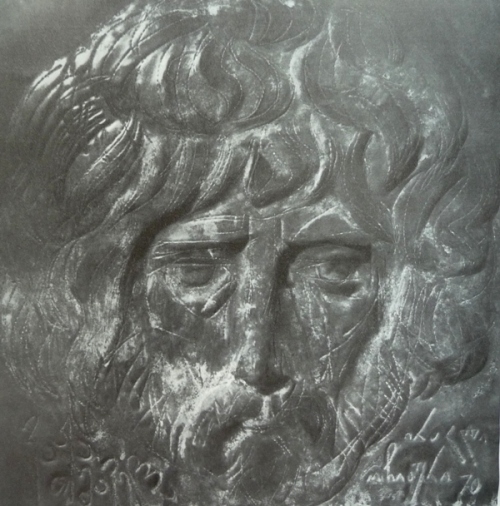 Vazha Psavela ('the Pshavi lad') was the pen name of Luka Razikashvili (1861-1915), the author of the next poem. Forced to abandon his studies prematurely he returned to his native highlands to work as a schoolteacher and to write poetry, much of which was influenced by the folklore and life of the mountaineers. This poem dates from 1898, a time when Georgian nationalism was moving from the cultural arena in a direction that was to lead to independence within twenty years.

Tariel Chanturia was born in south-west Georgia in 1932, studied journalism and subsequently worked as a journalist and in publishing. He has been closely involved with the literary journal წისკარი (The Dawn) and has co-translated Herman Melville's Moby Dick into Georgian. Note the multiple alliteration ქარი – ქრის – ქრისტე in the original, which is difficult to capture in the English translation. The Mongol invasions of the thirteenth century brought about the decline of the medieval Georgian kingdom.

Galaktion Tabidze wrote Snow fell on winter gardens in 1916 as a 25 year old living in Kutaisi, Georgia 's second city. It is an example of the cryptic style of much of his poetry dating from this period, while also touching on loneliness, a common theme of his. Much influenced by the Symbolists, Tablize (who survived the purges of the 1930s and died in 1959) was one of the most popular Georgian poets of the last century.