WHAT TO DO IN ADJARA

This type of tourism has become especially popular for the last several years among those who are lured by inimitable mountain scenery, interesting flora and fauna, and a wild and ecologically clean environment. Horse-riding routes in the Kintrishi and Skhalta gorges are especially significant. Besides various plants and animals you can also see historical buildings and monuments (rocky columns, towers).

Fishing is gaining great popularity due to Adjara's proximity to the sea and rich hydro-resources. Special fishing areas have been marked in the Black Sea (harbor surround­ings, Bartskhana, Gonio-Sarpi) and the commercial fishing season runs from September-April while fishing with a rod is allowed all the year round.

The Adjarian Autonomous Republic, located in the southwestern part of Georgia on the Black Sea coast, has a particular diversity of plant and animal species. Types of landscapes include: marine, coast­al, inland surface water, mire and wetlands, grassland, woodland and forest, and alpine meadows. Over 60% of Adjara contains forest cover, most of which is temperate rain forest. 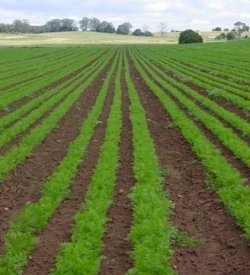 For tourists Adjarian village life, folklore, local traditions, and cuisine are all very interesting. There are guesthouses for lovers of rural tourism in the villages of Gobroneti and Nigazeuli.

It's no surprise that there is a great interest in religious tourism in Adjara as the whole of Georgia is rich in religious monuments and relics. One can still find churches con­firming the fact that Christianity has been across the territory since ancient times.

Bird watching is a rewarding pastime in Batumi and its environs, as this lies along the Eastern Black Sea Migration route. Recent surveys made to the northeast of Batumi (in the village of Makhinjauri) show that over 800,000 birds of prey pass over Batumi during the autumn migration, making it the biggest autumn migration watch point in Eurasia.

There is good opportunity in the Adjarian Mountains for the development of ski resorts. According to a prefeasibility study, the winter climate and terrain in Adjara's 2000 meter + mountains are suitable for skiing and two major ski areas have been explored and shown to be fea­sible with a total of 250 ha of ski-able terrain and a 12,000 skier capacity.

Situated 25 km from Batumi, Kobule-ti is distinguished from other resort areas by its unique microclimate. The town is only 3-4m above sea level and the resort's main health factor is the Black Sea's warm and humid climate. Kobuleti is an important tourist centre on the Georgian Black Sea littoral. Holidaymakers are particularly attracted by its famous and wellequipped long beach. Kobuleti has a beautiful seaside park full of playgrounds, water rides and other attractions such as summer cafe-bars, bungalows and disco-clubs.

Tsikhisdziri is situated 17 km north of Batumi. The unique Tsikhisdziri climate is due to the fact that it represents a mixture of sea and mountain air. It is cooler in summer and warmer in winter than in Batumi and Makhinjauri. There are lots of guesthouses, restaurants, cafe-bars and bungalows in beautiful gardens and parks on the green slopes of Tsikhisdziri. The beaches are com­fortable there. Also: enjoyable boating facilities will enrich your life with unforgettable impressions and experiences.

The resort of Chakvi is situated 13km from Batumi. Historically it is con­sidered the "homeland" of Georgian tea. It was here that the Chinese scientist Lao Jiao first introduced and grew tea in Georgia. An international motorway passes through Chakvi, and is followed by a tunnel which has been functioning since 2005.The tunnel has considerably reduced the time and distance to and from Batumi. Hotels, summer cottages and guest-houses all along the coastline are very popular among visitors.

Mtsvane Kontskhi (Green Cape) is one of the most beautiful seaside resorts in Georgia. It is situated 9km from Batumi, 70-92m above sea level. At the behest of the Batumi Doctors' Society, a Railway Climatic Station was opened there in 1903. It worked all throughout the year. The world-famous Botanical Gardens are also situated on this territory. There are comfortable sanatoriums, hotels, restaurants and cafe-bars on Mtsvane Kontskhi and the Mtsvane Kontskhi coastline is the best place not only for swimming and sunbath­ing but for diving as well.

Makhinjauri is a coastal, balneo-therapeutic health resort situated 5km north of Batumi. Its elevation near the coastline begins at 15-25m above sea level and eventually goes on to reach 1000-1300m.The climate is humid and subtropical. A series of sulfur baths useful for joints, the peripheral nervous system and gy­necological diseases has been functioning in Makhinjauri since 1904.

Climatotherapy and heliotherapy are the main characteristic resort features of Batumi as the sea wa­ter here is distinguished by its high levels of mineralization. It is always warm in Batumi. The temperature in the coldest month, January, aver­ages +7.1 C. From May to October, Batumi is full of sunshine and even during the cloudy days the city re­veals a light and joyful nature.

The resort destinations of Gonio, Kvariati and Sarpi are situated 13-18km south of Batumi. Sarpi is situated hard along the Georgia-Turkey borderline where the sea and mountain climate merge. In July, the water temperatures in these splen­did resorts averages +25 C. Sarpi, Gonio and Kvariati are favourite destinations for youngsters from all over Georgia as well as other countries. You can hear the laughing and screaming of the swimmers, sunbathers, scooter-riders, water-cyclists and "sea banana" riders there. Towards the evening the general festive mood moves into restaurants, cafe-bars and bungalows and keeps you grooving till morning.

One of the prominent prides of Adjara's mountain resorts is Beshumi, situated in the Alpine zone. It is located on the eastern slopes of the Arsiani Range, at 1850-1900m above sea level. While travelling towards Beshumi, visitors are filled with extraordinary impressions as they pass through the fascinating Acharistskali Valley, where plants characteristic of Colcheti are still preserved. Clean and pure mountain rivers form at­tractive waterfalls and create unforgettable scenery. Beshumi is remarkable for its fresh air. Coniferous forests contribute to a special iodization of the air making Beshumi the best resort for people with chronic respiratory diseases and bronchial asthma. The resort of Beshumi func­tions from mid-June till early September.

WHAT TO SEE IN ADJARA

Batumi's seaside park is one of the charms of the city. It was es­tablished in 1884 and Batumi-dwellers call it the "Boulevard". It stretches along the seashore to the north-west of Batumi like a green line. Initially, the length of the park was 1500 m, but has since expanded to approximately 7 km. As soon as you approach the Boulevard you already feel the slightly salty breath of the sea mixed with the aroma of cen­tenarian pine-trees. A wonderful view is spread in front of the spectator's eyes as three successive fountains joyfully spew their loads while French dancing fountains shimmer in the new section of the seaside park. The park has five parallel alleys which are separated from each other by lawns, cafes and meticulously cut, square laurel bushes. The park also contains an Aqua Park.

There are four protected areas in Adjara which were established to preserve its unique temperate rainforest and coastal wetlands, and which make up nearly 20% of its territory: Kintrishi Nature Reserve, Kobuleti Nature Reserve, Mtirala National Park and Matchakhela Protected Area.

The Batumi Botanical Gardens are situated 9km north of Batumi. The location is called "Mtsvane Kontskhi" (Green Cape). The Batumi Botanical Gardens have no analogue in the world as plants endemic to completely different climatic and landscape zones coexist here side by side. It may seem strange but the date-palm as well as the Japanese Sakura grow equally well here. The Gardens contain thousands of plant species of astonishing beauty. Visitors are always particularly fascinated with the Gardens' 1200 species of rose.

The Gonio-Apsaros Fortress is located 12km south of Batumi on the left bank of the River Chorokhi. It is a real paradise for lovers of historical and cultural antiquities. Historically, Gonio-Apsaros Fortress had a unique strategic importance: it protected the entrance to the Chorokhi and Acharistskali gorges, which connected the south western inlands to the Black Sea littoral. It was this important location that made Gonio Fortress into one of the citadels of both the Roman and later Byzantine Empires.

The Adjarian highlands are rich in interesting and attractive sights. The churches and fortresses of Skhalta, Khikhani and Khino are particularly fascinating. Skhalta Church is a 13th century monument of Georgian architecture in Khulo. The interior of this beautiful church retains fragments of an original painting. During services the prayers are constantly accompanied by the sounds of the River Skhalta: the river spanned by one of the oldest and unusual bridges in Georgia.

"Khikhati"or Khikhani Fortress, lo­cated on the territory of the Khulo region village of Khikhadziri, is a medieval fortress (although the exact date of construction is not known). St. George's Church was constructed there in 1230 and later a fortress was built nearby the church

The ruins of the ancient historical city-fortress of Petra are located in the village of Tsikhisdziri, Kobuleti region. It dates back to the 6th century A.D. and historically the territory was inhabited by the Laz - one of the Iberian tribes. The Byzantine Emperor Justinian decided to build a city here because of the importance of its unique strategic and trade-economic location. The city was crossed by the essential route connecting Western Georgia, with Byzantine provinces, Persia and Armenia. Petra Fortress became so inaccessible by the Middle Ages that it was even called "Kajeti Fortress"

It is a well-acknowledged fact that the hearths of spiritual culture, religious centres, academies and schools have made enormous contributions to the development of Georgia's national cul­ture. According to historical sources, one such significant centre was established in Khino in the Middle Ages, during the disintegration of the united feudal Kingdom of Georgia.

Arched stone bridges occupy an important place among the monu­ments of the remaining ancient culture in Adjara.Their importance is as great as the importance of various fortifications, monuments and castles. More than ten arched bridges still exist here.

The museum is home to rich archae­ological materials dating from the 12th-9th centuries B.C.; including Samples from the Gonio Treasury, as well as ethnographic, folk and ap­plied art samples, manuscripts, fine art items, and rare natural samples (including a 25 billion year old fos­silized tree).

The museum houses unique ma­terials from the Bronze Age to Medieval times; from archaeological excavations throughout Adjara. There are several unique samples of Georgian and foreign numismatic materials, bronze vessels, glassware and ceramics.

The Museum-Reserve represents the Gonio-Apsaros fortress and its adjoining area. Rich material of the Hellenistic period, public buildings, and various kinds of goods were unearthed during the archaeological excavations. Especially significant are the Gonio Treasury's unique samples of golden jewellery.

This reserve is home to a complex of early medieval monuments from the Petrafortress and its adjoining area. The museum houses archaeological materials dating from early antiquity to the early medieval times.