Euros and US Dollars can be exchanged at special exchange shops, found throughout Tbilisi, while other currencies must be exchanged in banks. Cash is the preferred method of payment, and visitors are advised to carry notes in small denominations. Visitors are also advised to carry US Dollars in cash. Euros are also in use. There is unlikely to be a substantial difference between rates offered by banks or bureaux de change.

Credit cards are accepted in certain hotels, restaurants and shops in Tbilisi. ATMs are available all over the country.
Banking Hours Mon-Fri 0900-1700, sat 1000-1400.

The import and export of local or foreign currency is unrestricted. However, amounts exceeding GEL30,000 or equivalent must be declared.

In the project designed for the council of ministers academician Vasil Chantladze nominated “Lari” as name of a national currency unit in 1991, but the cash turnover began on 2nd of October in 1995, when the national bank was allowed to release banknotes on the Georgian territory. The council of the national bank determines and affirms the design of “lari’s” banknotes and coins.

On the front cover there are Georgian legends on each value of the banknote: “Georgia”, “The national bank of Georgia”, meaning of the value, the signatures of the president of the national bank of Georgia and of the minister of finance, date and seven-arm Borjgali, on the reverse side there are English legends: “Georgia” and the meaning of the value.

On the banknotes are pictured:

Extremly small amount of 500 lari, (on which david agmashenebeli is pictured) banknotes was released first in 1995 an later in 2011, but both attempts to launch it were unsuccessful.

The Lari sign is based on an arched letter ლ (Lasi) of the Georgian script. It is common in international common practice for a currency sign to consist of a letter, crossed by one or two parallel lines. Two parallel lines crossing the letter Lasi are the basic components of the Lari sign. The so-called “leg” of the letter, represented by a horizontal line, is a necessary attribute of the sign, adding monumental stability to the upper dynamic arc. The form of the letter is transformed in order to simplify its perception and implementation as a Lari sign.

The author of the winning sign is a professional artist-ceramist, Malkhaz Shvelidze.

On 18 July 2014, Giorgi Melashvili, executive director of the National Bank of Georgia sent a request letter to the Unicode Consortium, to register the symbol in the Currency Symbols block 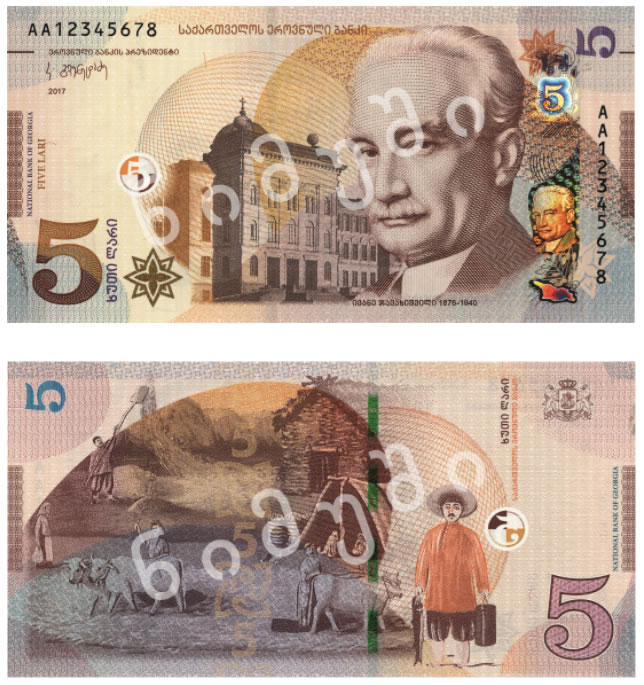 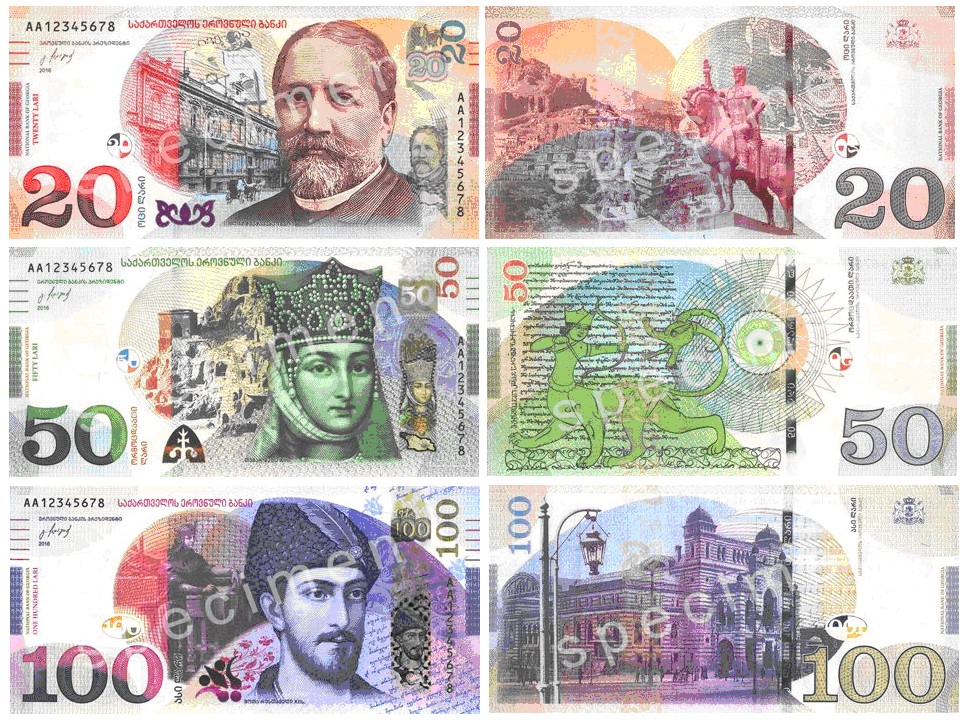