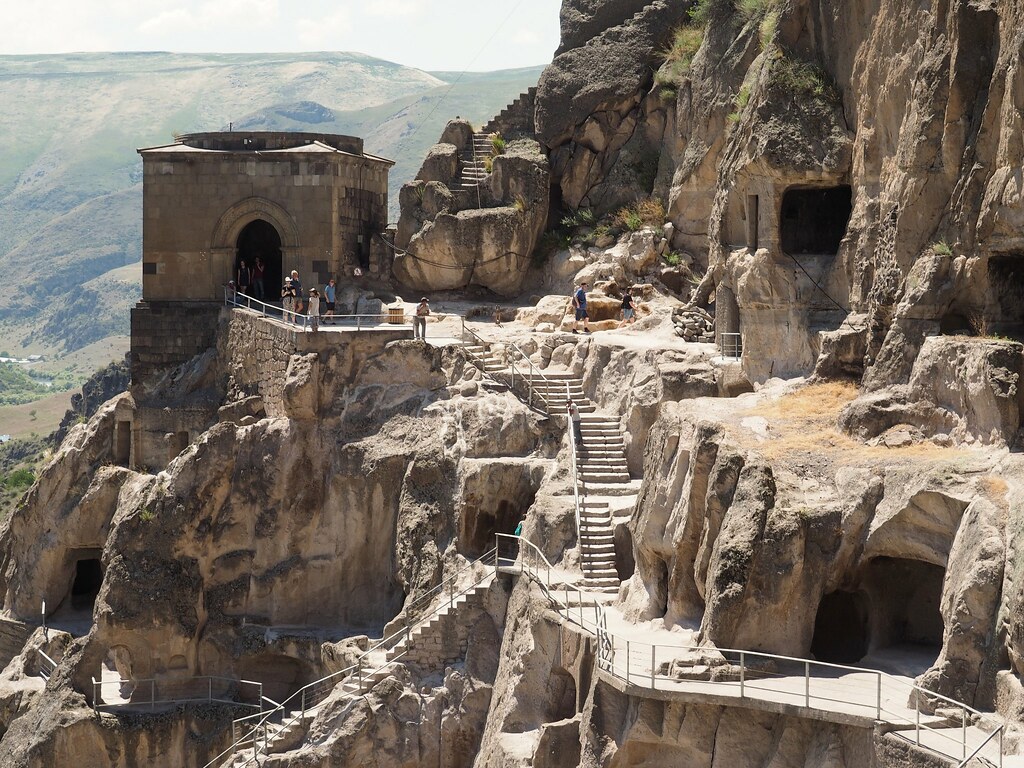 The city included a church, a throne room, and a complex irrigation system watering terraced farmlands. The only access to the complex was through some well hidden tunnels near the Mtkvari river. An earthquake in Samtskhe destroyed approximately two thirds of the city in 1283, exposing the caves to outside view and collapsing the irrigation system. The church was reinforced and an externally visible bell tower added during the reign of Beka Jakheli in the thirteenth century.

Persians commanded by Shah Tahmas I raided the monastery in 1551, capturing all important icons and effectively ending the life of the monastery. In the modern days Vardzia is a major tourist attraction in the Samtskhe-Javakheti region of Georgia. The place is maintained by a small group of monks and can be visited for a small fee. Maini busses go to Vardzia daily from the city of Akhaltsikhe. About three hundred apartments and halls remain visitable, and in some tunnels the old irrigation pipes still bring drinkable water.