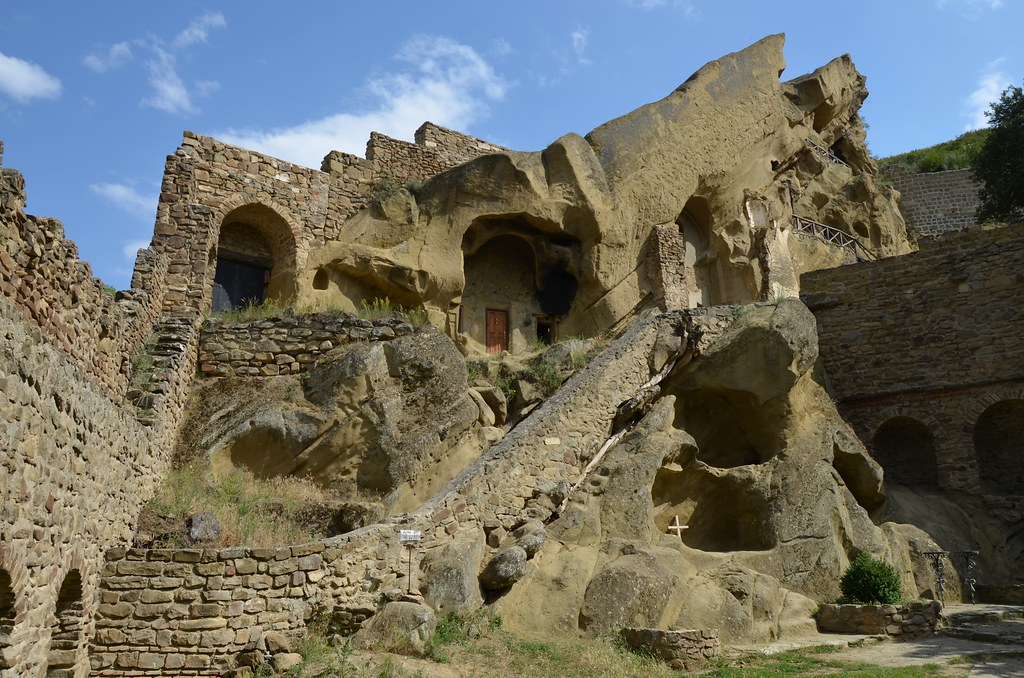 The area is also home to protected animal species and evidence of some of the oldest human habitations in the region. The complex was founded in the 6th century by David (St. David Garejeli) one of the thirteen Assyrian monks, who arrived in the country at the same time. His disciples, Dodo and Luciane expanded the original lavra and founded two other monasteries known as Dodo s Rka (literally, "the horn of Dodo") and Natlismtsemeli ("the Baptist"). The monastery saw further development under the guidance of the 9th-century Georgian saint Ilarion. The convent was particularly patronized by the Georgian royal and noble families. 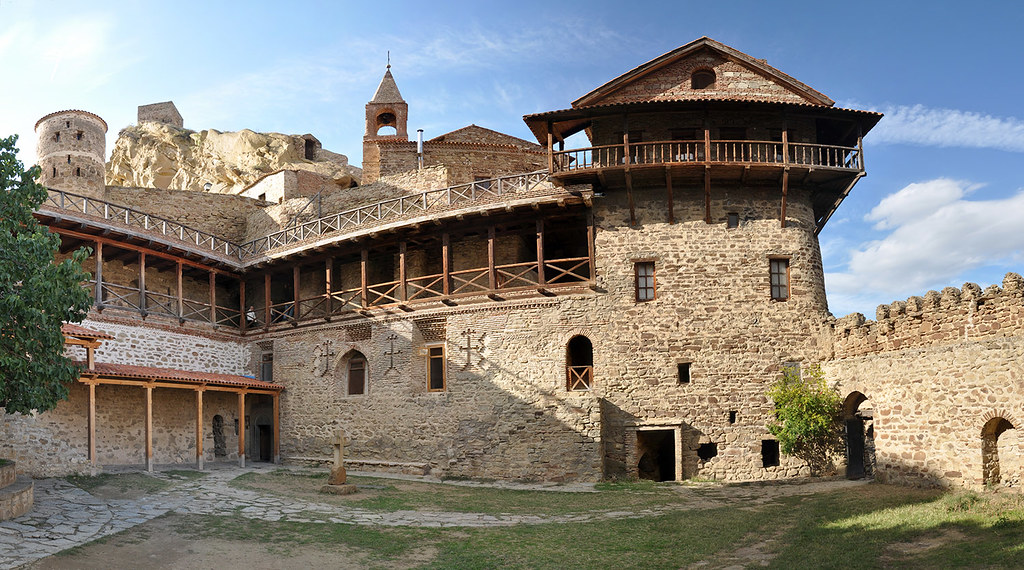 The 12th-century Georgian king Demetre I, the author of the famous Georgian religious hymn Thou Art a Vineyard, even chose David Gareja as a place of his confinement after he abdicated the throne. Despite the harsh environment, the monastery remained an important centre of religious and cultural activity for many centuries; at certain periods the monasteries owned extensive agricultural lands and many villages.

The renaissance of fresco painting chronologically coincides with the general development of the life in the David Gareja monasteries. The high artistic skill of David Gareja frescoes made them an indispensable part of world treasure. From the late 11th to the early 13th century, the economic and cultural development of David Gareja reached its highest phase, reflecting the general prosperity of the medieval Kingdom of Georgia. New monasteries Udabno, Bertubani and Chichkhituri were built, the old ones were enlarged and re-organized. With the downfall of the Georgian monarchy, the monastery suffered a lengthy period of decline and devastation by the Mongol army (1265), but was later restored by the Georgian kings.

It survived the Persian attack of 1615, when the monks were massacred and the monastery s unique manuscripts and important works of Georgian art destroyed, to be resurrected under Onopre Machutadze, who was appointed Father Superior of David Gareja in 1690. 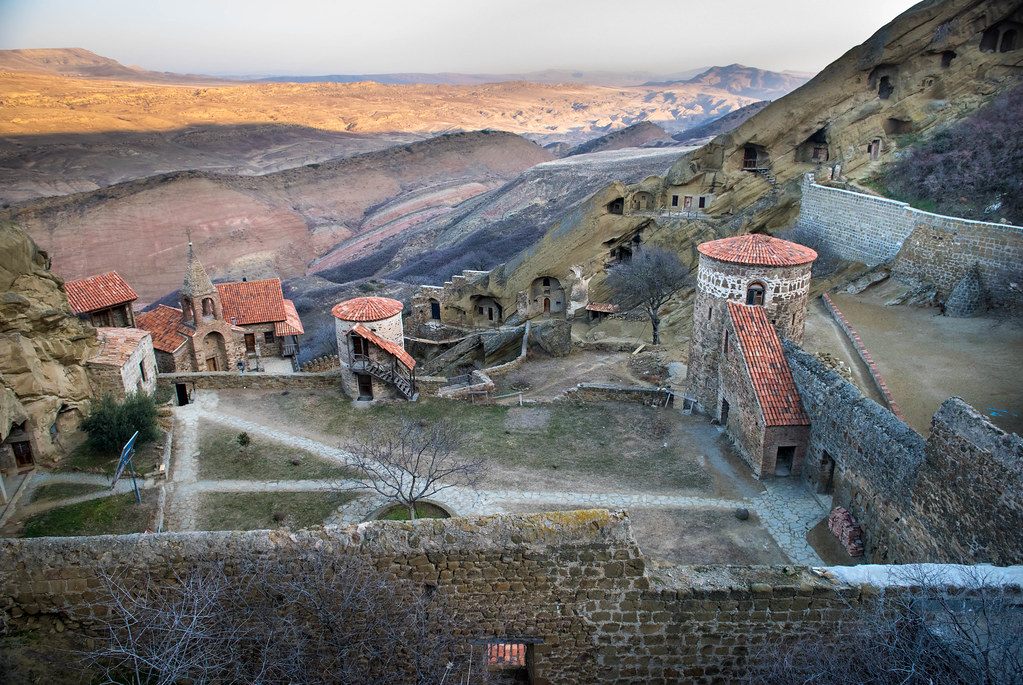 After the violent Bolshevik takeover of Georgia in 1921, the monastery was closed down and remained uninhabited. In the years of the Soviet War in Afghanistan, the monastery s territory was used as a training ground for the Soviet military that inflicted damage to the unique cycle of murals in the monastery. In 1987, a group of Georgian students led by the young writer Dato Turashvili launched a series of protests. Although, the Soviet defense ministry officials finally agreed to move a military firing range from the monastery, the shelling was resumed in October 1988, giving rise to generalized public outrage.

After some 10,000 Georgians demonstrated in the streets of Tbilisi and a group of students launched a hunger strike at the monastery, the army base was finally removed. After the restoration of Georgia s independence in 1991, the monastery life in David Gareja was revived.

However, in 1996, the Georgian defense ministry resumed military exercises in the area, leading to renewed public protests. David Gareja In May 1997, hundreds of Georgian NGO activists set up their tents in the middle of the army s firing range and blocked the military maneuvers. The army officials finally bowed to the public pressure and the exercises were banned. The monastery remains active today and serves as a popular destination of tourism and pilgrimage.